After a Lifetime in Large Urban Areas, this West-Coast Urban Girl has moved to the Country to start a New Life in a Small Town in Vermont... Watch her bumble her way and conquer!

Today is the BIG DAY!


Cobweb Bride is the book that I hope will re-launch my broken life and my income flow -- after seven years of relentless, escalating hell (foreclosure, bankruptcy, death in the family, cancer, cross-country move, major surgery).

It is the story of Death and Love and loss and intensity... partaking of the Persephone and Hades in the Underworld myth and alternate Renaissance history set in a Europe very much like our own, but not quite...

Enter the Uncanny Valley of the Shadow of Death.


This is a place at the heart of the Brothers Grimm and in the mind of Dante, in the gut of Ouroboros, in the mouth of Hell and in the eye of a glittering Imperial Court rivaling the splendor of Louis XIV's Versailles.

It is an epic fantasy of love and eldritch wonder, about death's ultimatum to the world.

I put all my heart into writing this story.  All my intensity, loss, and longing.

What if there was no death?

Find out more about Cobweb Bride, the first book of the Cobweb Bride Trilogy, at the official website...

This book was made possible thanks to amazing friends and Kickstarter supporters, and is officially released today, Monday, July 15, 2013.

And TODAY I am asking you, please, to participate in this Book Bomb.

A book bomb is an event in which people agree to purchase the book on that one particular day.

If you've ever thought to help me, THIS is it, the one and best, surest way to do it.

Why a Book Bomb?

Because if everyone buys on the same day, especially from Amazon, then the book rises in the rank (gets a lower number, aiming for #1), and becomes more visible to other buyers worldwide in the Amazon store.

And this sets up a self-sustaining chain reaction of visibility, so that the more people see it, the more people might potentially buy it, and keep it visible for others in a self-perpetuating cycle!

Books in the Top 100 are displayed on the first few pages of the various bestsellers lists. As a general rule, more people tend to look at the first page when they browse for books, and few keep looking beyond the first three. Almost no one bothers to keep clicking pages, so the further down the lists a book is, the less chances it has.

A book bomb is a concerted effort to propel the book up the ranks toward the top spots. Staying there of course is up to the book itself, but that initial push is something that you can all do to help!

Buy it in ebook (pretty much in every format under the sun), trade paperback, and trade hardcover editions -- take your pick!

Note that I make more money from ebooks than paper print editions.

Note also that if you buy though the Amazon Affiliate links here, I get a tiny bit more from each sale.

But, none of it matters -- buy whatever edition you want!

Thank you, with all my soul.

And I ask you to spread the word.
Posted by Norilana at 7:30 AM 3 comments:

It's my Birthday, and my Fellow Writer Friends and I are having an Epic Sale!


We all write Epic Fantasy, and our books have been specially discounted for seven days only!

Everything on this page is from $0.99 cents to $2.99, which gives you an amazing opportunity to try great new books and authors!

Love The Game of Thrones, or The Lord of the Rings, or Kushiel's Legacy, or The Wheel of Time? Want more like it?

Epic, heroic, high fantasy, is as grand and magnificent as your imagination! Share our journeys, quests, and world-shaping feats of magic and wonder!

The Goodreads Giveaway of Cobweb Bride is here at last!

Want your very own gorgeous autographed, gold-seal embossed copy of the Trade Hardcover First Edition as soon as it comes out, hot off the presses, in July?

Enter to win one of three copies now!

Giveaway ends August 01, 2013.
See the giveaway details at Goodreads.
Enter to win
Posted by Norilana at 1:31 AM No comments:

Map of the Realm and the Domain - Cobweb Bride

Since so many advance readers, reviewers, and the rest of you have been requesting to see it...

Here is the Map of the Realm and the Domain which will be included inside all the final editions of Cobweb Bride.

NOTE: The map will gain more details for the second and third books. 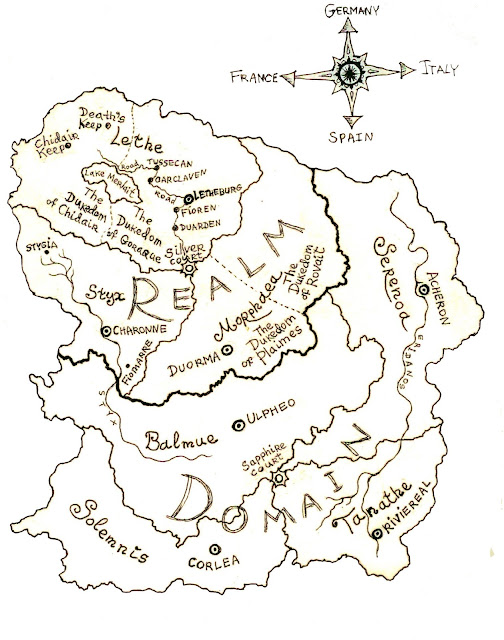 Posted by Norilana at 5:28 PM No comments:

Get your Advance Reading Copy now, if you are a book blogger or a legitimate reviewer with a NetGalley account.

Many are called...
She alone can save the world and become Death's bride. 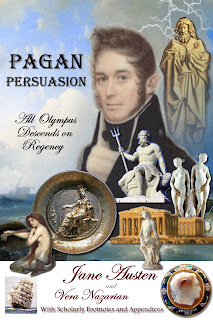 ing, O bright goddess, a paean to the resentment of Poseidon, god of the salty seas, and the annoyance of Athena, clear-eyed goddess of war and wisdom. The resentment and annoyance were the result of an altogether uncivil unwillingness, on both godly sides, to hold amiable discourse over something as negligible as the patronage of one puny mortal city on the rocky shores of the Aegean. . . .
When asked to choose their divine protector, the citizens preferred Athena’s gift of an olive tree to Poseidon’s gift of a saltwater spring (seriously, what was Poseidon thinking? even seaweed salad would have made a better impression), and cast their votes[1] accordingly.
Naturally, the charming and delightful goddess Athena won. Everyone got olives and the city was named Athens. Meanwhile, Poseidon departed in a fit of pique, muttering to himself, and striking random rock formations along the shore of the Aegean—bringing forth yet more salty fountains and puddles and random items of dubious value, and at some point causing a pair of magnificent horses to spring forth and gallop away into the hills. But since no one from the city remained to witness this far more useful miracle, the creation of horses went uncredited and unappreciated. As a result, Poseidon was decidedly not amused. And he remained thus, not amused, for decades, for generations, for thousands of years, taking out his displeasure on occasional schools of fish and frequent schools of mortals of Hellenistic background swimming around in triremes, including the clever hero Odysseus and the entire Achaean invading fleet at Troy.
Athena in turn was very displeased with Poseidon’s reaction (tedious water shortages in her city, frogs and tadpoles everywhere, moss on marble, moaning sounds coming from deep wells to scare away the good matrons, soup taking forever to boil), and hence all things pertaining to salty liquids and large bodies of water. And thus the goddess made a point of doling out persuasive barbs of wisdom, sarcasm, and subtle advice against Poseidon and everything of a nautical nature, to everyone she took under[2] her aegis—literally and figuratively.
This discord went on and on (and on, and on, and on), god and goddess disparaging each other, fish scales and owl feathers flying. One would think that after about three thousand years the two deities would be divinely sick of holding a grudge, but no. . . . It only grew, taking on the force of legend, and turning into a poetic nonsense of epic proportions, which consequently bound many gods and mortals together unto the ages, via dactylic[3] hexameter.
But, gentle reader, we are getting somewhat ahead of ourselves.

SURPRISE! I have a new book out,
and it's FREE on Amazon Kindle all week!

(A Comprehensive Guide to Attracting Supernatural Love)
by Vera Nazarian

It's a hilarious parody of love and supernatural relationship advice, and it's free until *midnight*, Friday, December 7th!
...
Grab yours now!
...

Books by the Urban Girl

See the giveaway details at Goodreads.